As Jesus was hanging on the cross He cried out “Father,  forgive them, for they don’t know what they are doing.”(Luke 23:34) Also while hanging on the cross Jesus endured ridicule from the religious leaders. People mocked saying, ” He saved others. Let Him save himself if he is the Christ of God.” Isn’t this the same thing that the devil said to him when He was in the wilderness, “..if you are the Son of God?” (Matt Chap. 4)

Our Lord knew this. Had the people of the earth been His enemies do not think that any of us would still be here somehow. The devil is the enemy. It was the works of the devil that the Lord came to destroy, ON OUR BEHALF! 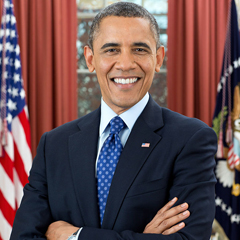 During President Obama’s state of the union address, I noticed several negative comments from “Christians” on Facebook. What is up with that? My brothers and sisters in Christ, the people of this world are not our enemies. I don’t care if they are bank robbers, murderers, rapist, child molesters, anti-Christian, anti-Christ, anti-God, democrats, republicans or, the President Of The United States Of America, these people are not our enemies!

There are those of you out there, Christian and non-Christian alike, who have awakened to the reality that there is a world of elite, rich and powerful, anti-Christian, anti-Christ, anti-God, anti-world, the Illuminati, top 1-2% of extremely wealthy people who may be (I believe they are) ruling the world from behind the scenes, and it’s freaking you out! My brothers and sisters in Christ, guess what? These people are not your enemies!

Our Lord and Savior’s blood was shed for them just like it was shed for us. And because that is true we must put on the same attitude the Lord had as He hung on the cross and cried out, “Father forgive them for they don’t know what they are doing.” Our struggle is not against flesh and blood any more than the Lord’s struggle was against flesh and blood. Therefore the weapons we need to use are not weapons in the natural world. We don’t want to hate, or shed blood, or spread malice, anger or discord. Where we need to fight is in the spirit realm.

For though we walk in the flesh, we do not war according to the flesh.  For the weapons of our warfare are not carnal but mighty in God for pulling down strongholds, casting down arguments and every high thing that exalts itself against the knowledge of God, bringing every thought into captivity to the obedience of Christ, and being ready to punish all disobedience when your obedience is fulfilled. (2Cor 10:3-6)

We must remember that the people on the earth, though they may seem like our enemies because of the things they are doing to hurt us, are not our enemies. Satan and his fallen ones and demons are our enemies. You can’t see them, smell them, hear them (in most cases), and, you certainly cannot strike them physically, even when you know they are inside the people whom you believe to be trying to destroy us, our families, and the rest of the world. And guess what – Satan wants to destroy them too. These people need our prayer and yes, the love of the Lord. However, they will never experience that if we do not let the love of God flow through us.

There are people all over the world right now who are dying for their faith in Jesus Christ. They know the people killing them are not their enemy. They are praying for them.They are witnessing to them when they get the chance. I firmly believe that the Lord is leading them every step of the way…

Whenever they hand you over for trial, do not worry about how to speak or what to say,  for what you should say will be given to you at that time. For it is not you speaking, but the Spirit of your Father speaking through you. (Matt 10:19-20)

Do not be afraid of what is coming in this world. Do not let your hearts become filled with anxiousness and fear,  and bitterness against people. God loves people. People are not the enemy.