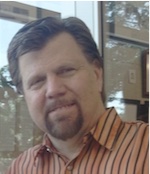 About The Author: Steve McVey
In order of importance, I’m a Christian, a husband, Dad, and Granddaddy, a Bible teacher and author. Check out my ministry web site @ gracewalk.org and my personal blog at stevemcvey.com

Some people are afraid that if you teach the pure grace of God, people might be encouraged to go out and commit sins. That kind of fear shows a lack of clear understanding about what grace does in a person’s life. It certainly doesn’t encourage sin!

The idea that you can go too far with grace is an irrational fear. When a believer sins, he is acting in a disgraceful way by contradicting the very essence of the grace of God which is in him. Grace empowers us to honor our Father through our actions, not dishonor Him. It is possible to pervert grace so that it stops being grace, but it isn’t possible to go too far with it.

The word “abundance” in that verse suggests an overflow. It doesn’t mean filling something to the top. It means filling it beyond the top, so that it spills over. Paul said that is what has happened to the Christian. We have received an overflow of grace.

Go too far with grace? There’s no way. The fact is that most Christians haven’t gone far enough in their understanding of it. We need an overflow of grace, especially in the modern church. Especially in the lives of Christians today who’ve been ambushed by legalism. As much as we say we don’t want to live under the law, we’re scared to death of the grace of God.

Go too far with grace? Not a chance. We need an abundance of grace in the legalistic barrenness of the modern church. It’s only when we jump in over our heads, into the river of God’s grace, and we experience that abundance, that we know the victory that is ours in Jesus Christ.

One thought on “Can We Go Too Far With Grace?”